The Archdiocese of San Francisco’s commitment to ministry with the Deaf Community began more than 100 years ago in 1895. In that year St. Joseph’s Home was established in Oakland and this location served the needs of Deaf Catholics throughout the Bay area for many decades. In 1962, the Diocese of Oakland was created, thus separating St. Joseph’s Deaf Center from San Francisco. There was, therefore, a need for a local Deaf ministry within San Francisco, and St. Benedict Center was founded in 1962. The location for Deaf Ministry at Bush and Lyon was the site of former African – American Parish which was named for St.Benedict the Moor, a 16th Century saint.

At the same time that the Deaf ministry arrived at St. Benedict’s, the Cursillo movement was beginning to flourish throughout the country and in San Francisco. The Cursillo’s purpose was to form lay leaders who would take seriously Jesus’ instruction to bring the good news to the world. Cursillo found its home at St. Benedict’s alongside the Deaf community, beginning a relationship of mutual support and affection that has lasted to the present day.

In 1984, after much inspired work by Fr. Jack McMullen, Archbishop John Quinn established St. Benedict’s Center as a Parish. This new designation elevated St. Benedict’s to an equal level with other parish churches, with all the rights, recognitions, and responsibilities of the parishes of the hearing community. At the same time, St. Benedict’s Parish distinguished itself as the only Catholic Deaf Parish west of the Mississippi.

In 1993, the Planning Commission for the Archdiocese of San Francisco recommended that St. Benedict’s Parish move to the site of St. Francis Xavier, which was built in 1939 as the Japanese National Parish. This new location was better maintained and more manageable than our original site. The move took place in July of 1994 and Fr. Dan Adams, the then Pastor for the Deaf decided to keep both names: St. Benedict’s Parish for the Deaf at St. Francis Xavier Church. Since that time new friendships have been created among the communities of the Deaf, the Japanese, and the members of St. Francis Xavier Church. The Japanese Catholic Society has been a very important part of the Deaf community. Together we have learned to love and worship together.

St. Benedict’s Parish continues to serve Marin, San Francisco and San Mateo Counties. We provide a full Religious Education Program for both hearing and deaf children, and the Rite of Christian Initiation of Adults (RCIA) is offered to those interested in joining the Catholic Church. Adult Faith Formation is presented on the second Sunday of the month, while the first Sunday of the month gives all parishioners an opportunity to shape our ministry through a Town Hall meeting. Sunday Mass is celebrated at 10:30AM, followed by a social which nourishes bonds of community. All our services and sacraments are conducted in American Sign Language with voice interpreter. We are a parish which strives to be welcoming and accessible to all.

The Unique spirit of St. Benedict’s continues to grow with a sense of the hospitality and communion we offer. We thank you for joining us to celebrate the blessings from our generous God, and we invite you any Sunday to share in the ongoing experience of celebration that we call “St. Benedict’s”.

St. Francis Xavier Church was begun in 1913 by Fr. Albert Breton, who also founded Japanese Sisters of the Visitation and later became Bishop of Fukuoka, Japan. For the first twelve years of its existence, the parish was under the care of the Jesuits. In 1925, the Society of the Divine Word (SVD) took over. During the early years, the Japanese Catholic Community met in a series of rented houses in the neighborhood. In 1929 they acquired th property on the southwest corner of Octavia and Pine where they eventually built a school. In 1939 the site of the present church was acquired and built. In 1942 when the United States Government ordered the Japanese to relocation centers, many parish members stored their furniture and personal belongings in the social hall for their newly built church. The pastor, Fr. William Stoecke, followed many of his parishioners to the camp at Topaz, Utah where he ministered to them throughout their detention. In 1945, when the west coast was reopened to the Japanese, Fr. Stoecke returned to San Francisco to help his people resettle.

Today this Japanese Mission continues to be a lifeline to the Catholic Church for many monolingual Japanese or those with limited second language capabilities. This includes those who come on business for a limited period of time. There is almost always a bilingual person to take a phone call, to receive visitors, and to provide assistance in whatever way is needed.

The Japanese Sisters of the Visitation handle Catechetical work and the preparation of converts to the Catholic faith. They organize retreats and days of recollections one or more times a year, and they assist in many other ways. The monthly Japanese Mass (every third Sunday of the Month at 12:00 Noon) is more than just a Mass. It is a three day event beginning on Friday with the purchase and initial preparation of the food by some of the members. On Saturday, a larger group spends four or five hours cleaning and cooking. For those who are isolated in their communities by cultural and language differences, this time together is important.

On the third Sunday itself, people come not only from San Francisco, but from San Mateo County, the North and East Bay, and from as far away as Manteca in the Central Valley. The Mass is followed by a luncheon and informal meeting to bring people up to date with happenings within the Church and Japanese Community and to plan for future events. In addition to the third Sunday Japanese Mass, there are bilingual Masses on special days such as Christmas, Easter, and Pentecost. And there are plans to expand the opportunity for monolingual and bilingual liturgical services.

Sunday Mass 10:30 AM – As of September 30, we will hold mass at 25% capacity/up to 100 people inside the church, in accordance with local health guidelines. We will observe safety protocols including the use of masks, social distancing, sanitation, and ventilation.

For “how to make your contribution online”—please click here. 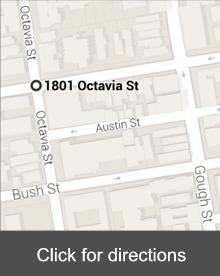